Dendron turns 0.10 today 🌲. To mark this milestone, the pre-amble for this release will be a tad longer (and more sentimental) than usual.

This week's release focuses on publication and exports. Dendron sites now come with one click collaboration support, note references, and hierarchy hints. If publishing online isn't your jam, you'll be happy to know that you can now export your notes to any format you desire (as long as that format is JSON 😅 - more formats coming soon).

It's now been almost two months since Dendron first went into preview. Since launch, we've passed over a thousand downloads and closed over 100 issues worth of features, enhancements, and bug fixes.

In that time, we've built an awesome community of Dendrites on Discord now numbering in the triple digits. I feel beyond grateful to everyone that has given Dendron a try in these early days 🌱 and become a part of our budding community.

Dendrologists are active members of the Dendron community that will be helping me shape our roadmap, answer questions, and collect feedback from all of you. If you've spent any time in our Discord, you've probably already had chats with one or both of the folks I just mentioned.

That's all for last week's release. Stay tuned for some big announcements later this week :)

Dendron has note references that let you inline either the whole note or parts of a note into another note. Publishing via Dendron will also publish note references as part of the process.

Export notes to an external data source. Currently, only JSON is supported.

Export your Dendron notes to a JSON file

You can see at a glance which notes have children and explore them from the nav without refreshing the page.

Every page can accept one-click contributions as long as the contributor has a GitHub account. 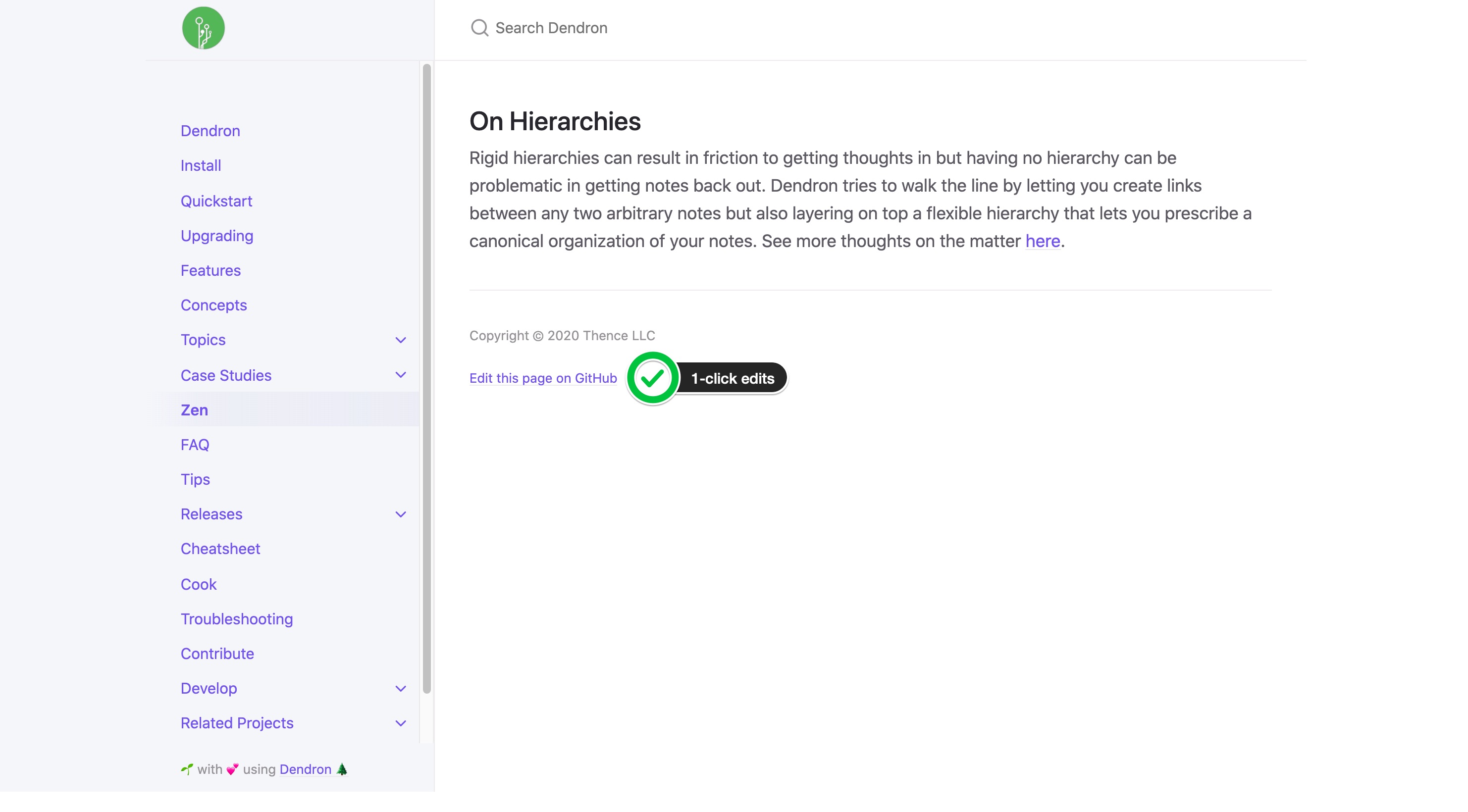 Example of making a contribution to Dendron.

Go to the next/previous sibling

Go down the hierarchy